“It is important for him to retain power”

Kazakh President Kassym-Jomart Tokayev delivered his annual address to the people on September 1, in which he proposed holding snap presidential elections this fall. According to Tokayev, it is also necessary to review the number and duration of presidential terms. According to the head of state, the president should henceforth be elected for 7 years, but only for one term (now the president of Kazakhstan is elected for 5 years and no more than two times in a row). 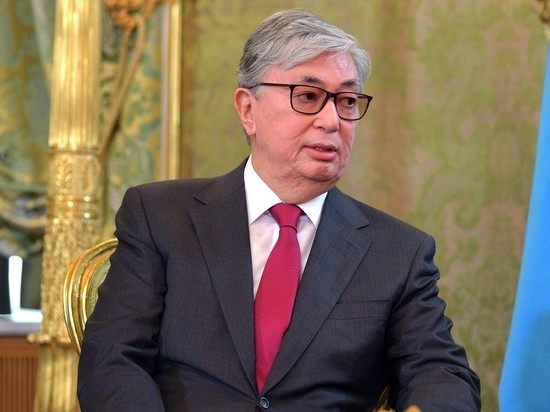 In addition, Tokayev's message announces a number of important reforms. A “new economic course” is proclaimed, the president promises to raise the minimum wage by 10,000 tenge (about 1,300 rubles), introduce a luxury tax, and prepare a new Tax Code. The president also promises that 50% of the annual investment income of the National Fund will be deducted to special savings accounts for children until they reach 18 years of age, without the right to early withdrawal. Tokayev also said that children in Kazakhstan should be fluent in both Kazakh and Russian. Thus, he dissociated himself from the “populists” who have recently persecuted people in Kazakhstan for speaking Russian.

Why does Tokayev go to early elections and shorten his term in office? About this “MK” spoke with political scientist, expert on Central Asia, Yuri Solozobov.

– Tokayev as an experienced politician acts proactively. After the tragic events of January in Kazakhstan, the former system of government actually collapsed, and the institutions of power were devalued. According to opinion polls, it is not political parties, parliament or other structures that have a high trust rating, but only the president – as the winner of the bout in January. Tokayev uses this potential of his to hold snap elections. Today he has no real competitors in the political field, but in the near future certain intrigues on the subject of succession may begin in the elites, or alternative candidates from the “old guard” may be nominated in the upcoming regular elections. Early elections will help him avoid these dangers and, relying on a popular mandate, carry out reforms in a very difficult foreign political and economic situation.

The next stage will be the formation of the parliament. The ruling party “Nur Otan”, despite its rebranding and renaming to “Amanat”, could not get the confidence that the president has, but it has experience, many party organizations, and management structures. Other parties are far behind, and the new parties simply won't have time to get going. Therefore, the predominance of the current ruling party in the future parliament is practically a foregone conclusion.

– As for Tokayev personally, he has nothing to lose. Given the seven-year term, he will have the opportunity to rule Kazakhstan until 2029. Now, in actual wartime conditions, a year goes by two or three. Given the high turbulence of political processes, this is quite enough to carry out the necessary reforms. And what will happen next, life will show. Maybe the Constitutional Court will decide that the president can stay for a second term. Let's live – we'll see.

– The message speaks of socio-economic reforms. This is, in fact, a populist message, there are many promises. There are questions about how and by what means these promises will be fulfilled. The National Fund of Kazakhstan is shrinking, it may not be enough for the long term. Nobody thinks about it today. But in general, as a politician, Tokayev showed himself from the best side: he is proactive. It is important for him to retain power right now. Because public discontent is ripening, the economic situation is deteriorating. He needs to get re-elected while he can.

– The January events were due to three factors. This is a split in the elites, this is a difficult economic situation and the impoverishment of the population, this is the archaization of the population. There is uncontrolled demographic growth, especially in the south, Islamization, low quality of education. A more primitive structure of society is reproduced. This archaic society will require not such a liberal-democratic president as Tokaev, but maybe a simpler guy – a national populist or even an Islamic figure. Here is the same trap that the Shah of Iran fell into: he carried out liberal reforms, and received a conservative revolution, the ayatollahs. Iran – this is an example of the fact that political modernization should not be ahead of the socio-economic one. Tokayev's message – it is an attempt to take the next step: to confirm their political modernization with socio-economic steps. How far this will turn out will also determine the political stability of power in Kazakhstan.

– Good. And why is he bad? Kazakhstan provides parallel imports. We have increased the number of supplied smartphones by 20 times. Kazakhstan supplies us with components. It's an invisible thing. What is more important to us – Tokayev's participation in Solovyov's talk show or parallel imports, logistics? If the latter, then Tokayev fulfills all his allied obligations. If it is important for us to participate in a political show, then yes, Tokayev here does not reach the level of our propagandists. The second point: Tokayev in his message speaks about the Russian language, that it is important for children to learn it along with Kazakh, contrary to the calls of national populists.

There is such a thing as secondary sanctions, so it is important not to be identified here, not to say: “I'm helping Russia”, but to do it. Why We Don't “Jump” on China, which actually threw us? Because he's big and scary? After all, Chinese banks do not work with us due to sanctions…